The 125th anniversary was celebrated with a morning tea in the Queensland Police Museum which was attended by Police Minister Mark Ryan, Police Commissioner Ian Stewart APM and approximately 70 guests. The FQPM presented to the QPM a gift of two framed glass etchings from the front doors of the former Queensland Police Headquarters building that was located on the corner of Makerston Street and North Quay prior to its demolition in the early 2000’s. The etchings were an historic Queensland Government badge and the first Queensland Police Department emblem. 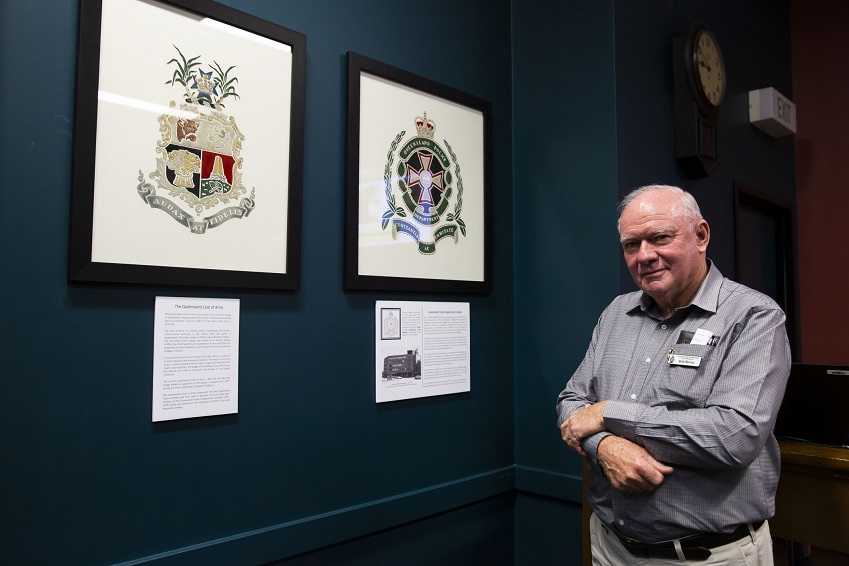