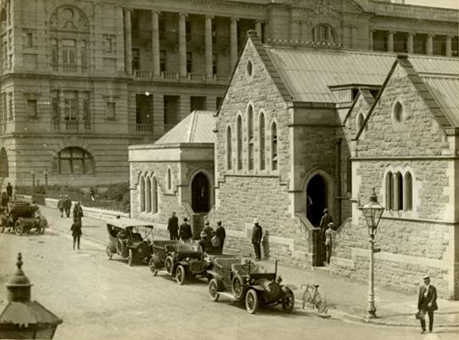 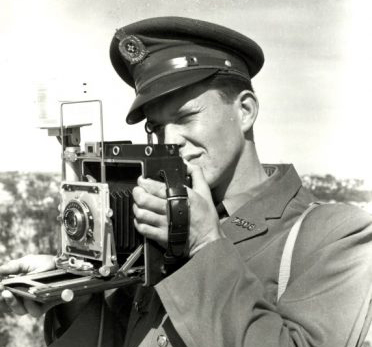 A police photographer in 1967

After the introduction of photography into the QPS in 1892, no provision had been made for a properly designed and built darkroom, studio or office under the one roof. Though hard to imagine now, first police photographer Sergeant John Raphael Thompson was forced to operate in a ‘temporary’ dark room from a blackened out storeroom, making the developing process time consuming and exacting. In the makeshift conditions Thompson would mix his own emulsions for spreading on glass plates to record images.

This all changed on November 17, 1905 when the Department of Works designed and approved a police darkroom and studio. The new studio was built by police carpenters at a cost of £17-0-0. The studio was built at the back of the old CIB headquarters in Queens Park, behind the mounted police’s horse stables.

It was not until the turn of the 21st century when the QPS made moves toward the now proven technology of digital imaging. The current database, known as the Forensic Register came online in 1998 and by the end of 2008, the changeover from crime scene film capture to digital capture, was complete, albeit with a small amount of non-forensic film still being processed for a number of years afterwards.

The Photographic Section continued processing speed camera film until April 2016 when the Traffic Camera Office changed to full digital capture. Hard copy production remains in-house and today is managed and operated by civilian staff and laboratory technicians who are specialists in film processing, print production and digital imaging. Today the size of the unit stands at close to thirty staff and the studios have advanced a long way from 1905.