Acting Sergeant David Johnston was murdered in 1903 and his grave in the Mackay West Cemetery was in need of maintenance. The FQPM and the Mackay-Whitsunday Branch of the Queensland Retired Police Association (QRPA) and carry out repairs to Acting Sergeant David Johnston’s grave as a a joint project. The FQPM wish to acknowledge the assistance provided by the Mackay Regional Council (who own the cemetery) and the local businesses who offered and provided their services. The cemetery is listed on the Queensland Heritage Register and the integrity of the original grave was a prerequisite. The QPS District Superintendent included the re-dedication of Acting Sergeant Johnson’s grave as part of the 2019 National Police Remembrance Day activities on 26 September 2019.

In 1888 a new lockup was built at Mackay to house the increasing number of prisoners; its five cells and other buildings were surrounded by a high fence. In 1893 it was declared a prison by Queensland Legislation. In 1898 Acting Sergeant Johnston, sometimes known as Johnson, was gazetted Superintendent of the jail and was responsible to the Comptroller of Prisons.

On Sunday, 26 October 1902, 12-year-old Alice Gunning disappeared on her way home from Mass. When her body was later found her head had been crushed with a rock. Suspicion for the crime fell on Sow-Too-Low, a Malaitian labourer who worked and lived at Habana. Three days later he was arrested as he returned home. Sow-Too-Low was taken to the murder scene where he confessed to the crime and, after the committal proceedings, he was remanded in custody to stand trial and was put in the Mackay Prison. He mixed with other prisoners and it wasn’t long before trouble began to brew. Sow-Too-Low’s aversion to soap and water led to loud complaints from his fellow prisoners.

At 2.15 pm on Sunday, 29 March 1903, Sow-Too-Low attacked fellow prisoner John Martin with an axe, killing him with a vicious blow to the head. Acting Sergeant Johnston was called and, unarmed, he came running into the yard. When Johnston stooped over the body of the dead man, Sow-Too-Low rushed him from behind and struck him with the axe; killing him. Sow-Too-Low retreated to his cell after attempting unsuccessfully to attack another prisoner. Sergeant Ferguson and Constable Clulow managed to contain Sow-Too-Low there. On 12 May 1903, Sow-Too-Low was found guilty and sentenced to death for the murder of Acting Sergeant Johnston and John Martin. He was hanged on 22 June 1903 at Boggo Road Jail.

Acting Sergeant Johnston was aged 55 years at the time of his death and was survived by his wife Florinda and three children. His police colleagues funded his burial in the Mackay West Cemetery. His wife and family later erected the headstone together with a cast iron fence surround. There is no indication on the headstone inscription that Johnston was a member of the Queensland Police and killed whilst on duty. A plaque recognising Acting Sergeant Johnson’s contribution to policing in Queensland was attached to his grave as a part of the restoration project. 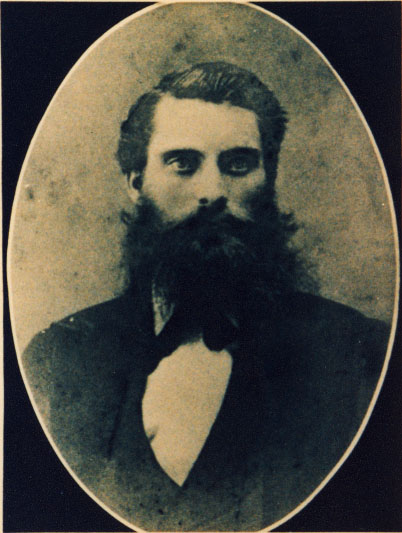 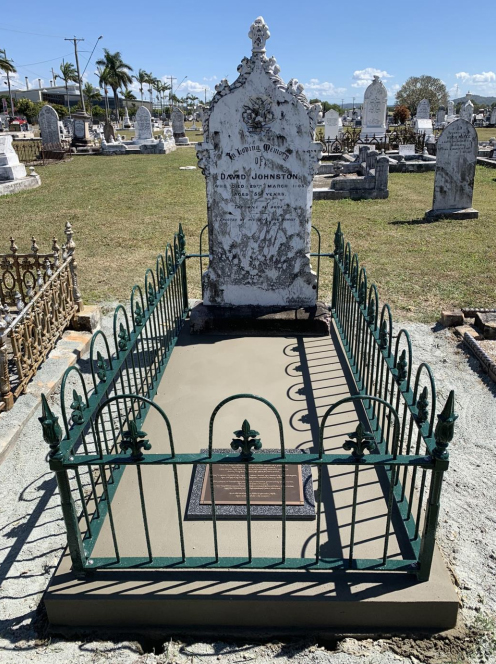