The Toowong Cemetery Historical Group advised the FQPM that the grave of Constable First Class Gregory James Olive had sustained some damage to the photographic image on the headstone. Additionally, through the passage of time the headstone had attracted some mould and the text was virtually unreadable. The FQPM undertook to liaise with the family of Constable Olive and seek approval to effect the necessary restoration to the grave.

The photographic image was replaced, the headstone cleaned and the text repaired. The FQPM would like to acknowledge the financial support provided by QBANK which assisted greatly in completing this project.

Twenty eight year old Constable First Class Gregory James Olive was fatally shot on 19 February 1962 when he attended a house in the Brisbane suburb of Kelvin Grove to make inquiries regarding wilful damage to property. After Constable Olive knocked on the door, it was flung open and he was shot in the chest at near point blank range with a .303 rifle. He died almost immediately. A man was arrested at the scene and subsequently convicted and sentenced to life imprisonment. He died in Boggo Road Gaol in 1985. 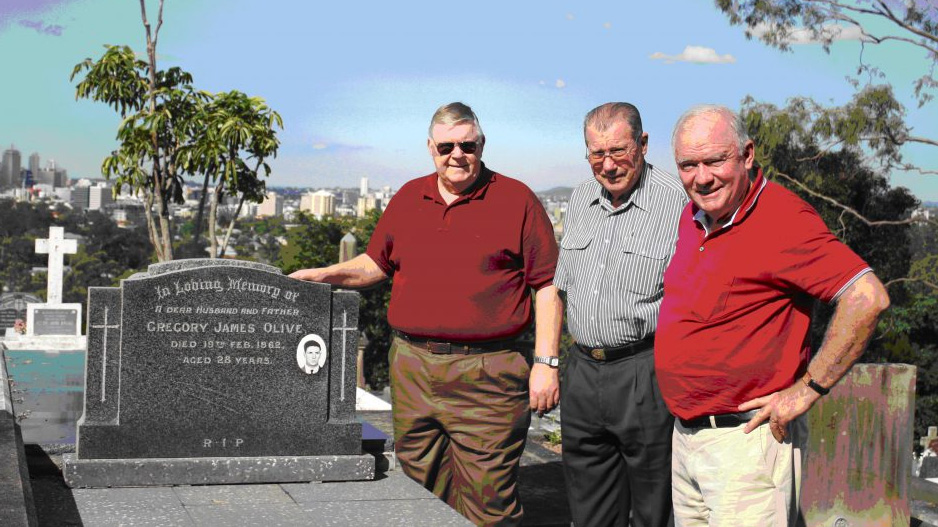