Jock MacDonald, a former Queensland Police Officer and member of the Far North Queensland Branch of the Queensland Retired Police Association (QRPA), made a submission to the FQPM regarding Police Tracker Johnson Upton. Jock advised that his branch of the QRPA were in agreeance to contribute to the placing of a grave marker on Tracker Upton’s grave and sought the support of the FQPM. The marking of Upton’s grave would in a meaningful way emphasise the appreciation of the contribution he made to remote area policing in Queensland. The FQPM was supportive of the project and contributed both financially and with advice to Jock’s QRPA branch.

The following biography of Johnson Upton and the motivation behind having a grave marker installed on his grave was compiled by Jock MacDonald.

I worked with Johnson as a young constable at Coen in the early 1960s and participated in a couple of lengthy packhorse patrols with him. Johnson Upton (Aboriginal I.D. No. J101), was born around 1915 at Bamboo Station between Laura and Coen, his parents being Paddy and Nellie. He worked on cattle stations as a stockman and droving until his appointment as Aboriginal Tracker at Coen Police Station on 27 January 1943 by Commissioner C.J. Carroll on the recommendation of Sergeant 2/c Cooper who described him as “intelligent and well-behaved aborigine”.

He carried out duties as tracker looking after troop horses at Coen and performing numerous packhorse patrols to aboriginal missions and cattle stations throughout Cape York Peninsula, often with young and inexperienced constables and avoiding crocodile attacks whilst crossing the numerous infested rivers and creeks of the Peninsula. He was instrumental in forming a strong and mutually beneficial link between the police and the Aboriginal community of Cape York Peninsula. He was promoted to Corporal Tracker at Coen on 1 March 1948 on the recommendation of Sergeant 2/c Farrell who described him as “most reliable and far above the average native in general knowledge. He can be placed in charge of other natives and trusted to carry out his duties faithfully and well”. His wages were increased from forty-eight pounds to sixty pounds a year.

In 1956, he was presented with a Lithgow .22 calibre rifle by Sergeant 2/c Moylan and Constable Maher in appreciation of his good work. He continued duties at Coen until 7 February 1971, completing twenty-eight years of service to the Queensland Police Department and the community. He was discharged medically unfit after being examined by the Royal Flying Doctor and found to have “loss of coordination of hands and loss of strength in muscular frame”. He was admitted to the Cairns Base Hospital and died on 23 June 1971. Johnson was survived by wife Daisy (Pootchemunka) and son Jonathon and is buried in Cairns Martyn Street Cemetery, Section MWS, Row T, Site 1771A. 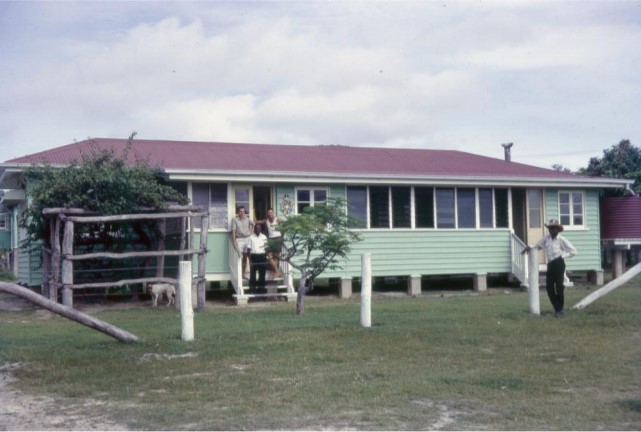