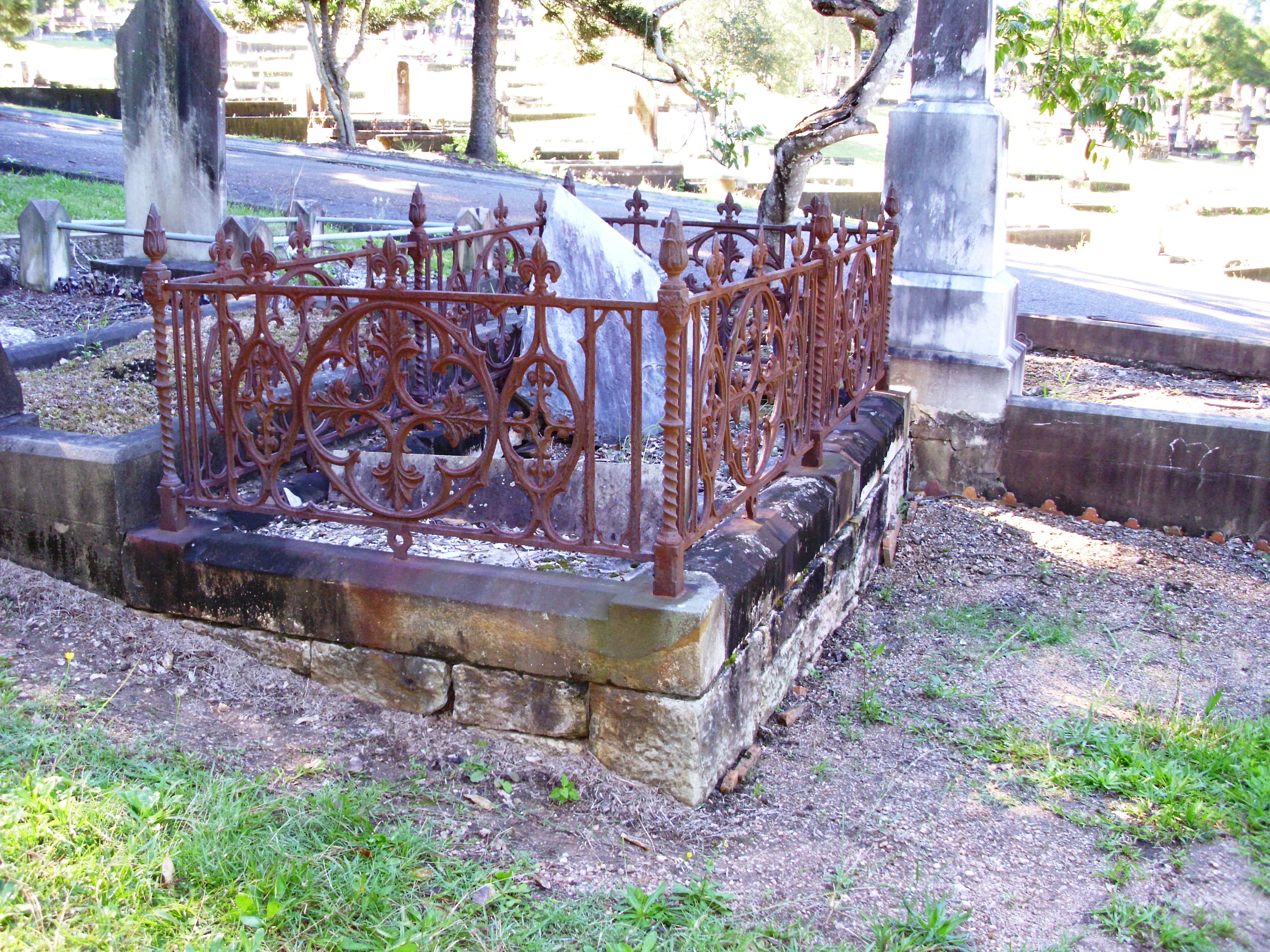 Thomas Slattery was born in Tipperary, Ireland in 1824 to Edmund Slattery and Mary Ann McMahon. He later immigrated to Australia and joined the Victoria Police on 21 November 1854. He was allocated registered number 1128. He served in numerous locations around Victoria until his resignation on 19 November 1863 after nine years of service. His rank at the time of his resignation was Detective First Class. It is likely that Slattery may have had previous police service, probably with the Royal Irish Constabulary (RIC) due to his mature age enlistment and the rise to detective in a short period of time.

Thomas Slattery then moved to Queensland, joining the Queensland Police on 3 May 1866. He provided details of his age as 35 years but he was probably older if his Victoria Police records are accurate. He was appointed Detective Constable on the same date. Slattery rose rapidly to the rank of Inspector of Detectives on 1 July 1876. In the absence of contrary information, he may well have been to first person to have held this position. Slattery took his policing responsibilities very seriously and over time was awarded numerous monetary sanctions under the hand of the Governor in Council, as well as attracting considerable newspaper coverage of his activities.

Thomas Slattery died of illness on 5 February 1878 and was interred at the North Brisbane General Cemetery (Toowong Cemetery) the following day. The information concerning Slattery’s Death Certificate details was provided by his cousin Robert Slattery who had also served with the RIC and retired as a Detective Sergeant with the Queensland Police.

The latest grave project was that of Thomas Slattery, first Inspector of Detectives. The grave lay in a serious state of disrepair for a long period of time and may have remained this way but for the information provided to the FQPM by Hilda McLean, the President of the Friends of the Toowong Cemetery group.

The FQPM recognised the importance of the site and in partnership with State Crime Operations Command (SCOC), the restoration process commenced. Much of the work involving the refurbishment of the metal fence and the stonework was undertaken by the members of SCOC. The major effort to restore the site involved significant repairs to the headstone which had broken into three pieces. Additionally, Thomas Slattery’s son, Edmund (who is buried in the same gravesite) remained unacknowledged on the headstone.

SCOC engaged monumental specialists, Brisbane Memorial Care+Repair who offered a full range of services to restore and enhance the project.

Mandy Cotman from Brisbane Memorial Care+Repair advised, “My brief for the job was to clean and repair the old memorial and create a new layout for the marble. In addition, we were to add new lettering honouring Thomas’s son, who had not been recognised on the original grave. The decorative ironwork had already been restored and we were engaged to do the remainder of the restoration.”

“My first priority was to re-do the jointing around the stonework, sealing it and adding stability to the foundation. I added a drain-hole for rainwater runoff.” Headstone – before and after Brisbane Memorial Care+Repair poured a reinforced concrete base on the dirt in-fill and then constructed the formwork for the supportive plinth, including a narrow fin to hold the cross. This was also heavily reinforced with steel. The plinth was angled to allow water-runoff and to allow the lettering to be read comfortably from the foot of the grave. The plinth was designed as a recessive detail to make the marble the focus rather than a concrete slab. The slab was painted black to further minimize the concrete visual.

New lettering was carved into the marble by architect and memorial stonemason Pete Macfarlane. Pete has 30+ years of stonemason experience and his initial training in Tasmanian heritage work allowed him to use traditional methods here to carve new lettering in the old-fashioned style. It is almost identical to the antique lettering.

The marble was cleaned and hand-sanded for hours to return it to a pale state. The two main pieces were carefully aligned on the new concrete plinth and jointed together. The marble cross, which had broken into three pieces, was restored. The original copper core was located in the dirt and re-attached the base and then core-drilled the other section with a stainless steel dowel so that it was a strong repair.

Finally, part of the original stone which had supported the marble was re-used in order to provide a place for the bronze plaque and the base of the grave finished with polished black Kashmiri pebbles.

This series of photographs depicts the restoration process. Preparing the base and plinth The plinth and finished product

Re-dedication of the Grave of Thomas Slattery

During the course of this project, the grave of Inspector Thomas Slattery was identified at Toowong Cemetery. Thomas Slattery died in 1878 having served in the Queensland Police and previously the Victoria Police Service and most likely the Royal Irish Constabulary, prior to his immigration to Australia. His grave was paid for with contributions from 136 of his fellow police officers and colleagues. On best information, it is believed that Thomas Slattery was the first Inspector of Detectives in the Queensland Police. 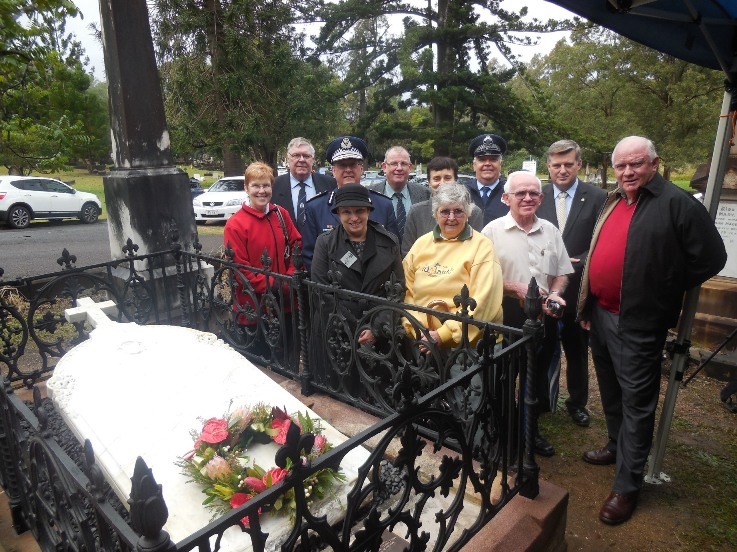 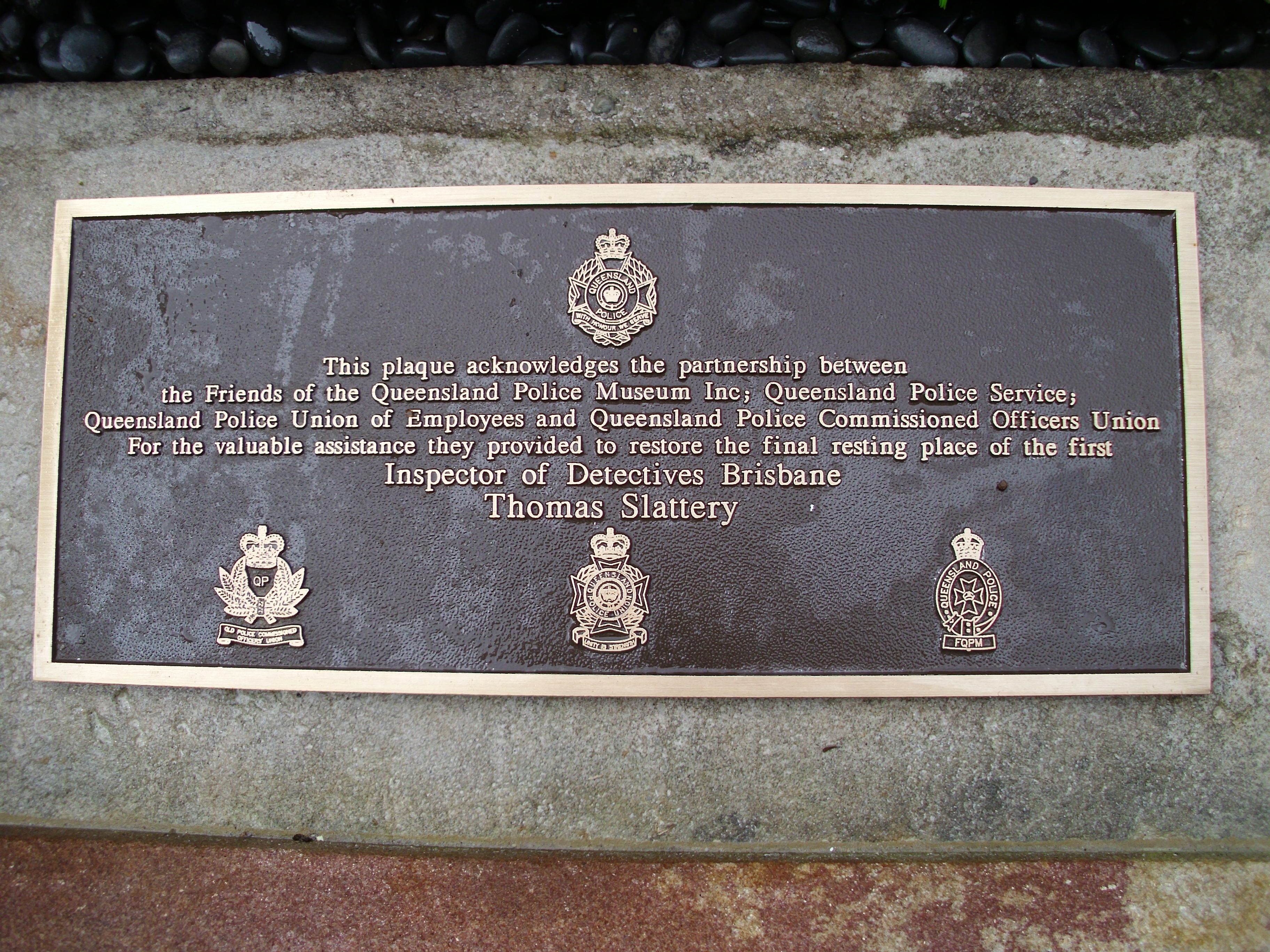 Brass plague affixed to the base of the Thomas Slattery grave

The FQPM were alerted to the grave by the Friends of the Toowong Cemetery. The grave was in a state of considerable disrepair with its headstone lying in three broken pieces after having toppled some twenty-five years ago. His son, Edmund (who is buried in the same gravesite) remained unacknowledged on the headstone. The FQPM commenced a project to restore the gravesite.
Following preliminary costing of the project, it was accepted that assistance would need to be sought so as to be able to raise the funds required to restore the grave. Taking into account the last appointment held by Thomas Slattery (Inspector of Detectives), a meeting was held with Assistant Commissioner Mike Condon, State Crime Operations Command who was keen to undertake the project on behalf of State Crime Command.

At the Re-dedication ceremony Commissioner Ian Stewart said, “While this project is not about singling out any particular rank or role, it is certainly worth highlighting the importance of this find. Detectives certainly play an important role in investigating some of the state’s most serious and significant crimes.”

To ensure that the Slattery grave will be cared for and maintained in the future a serving Detective has been appointed as the Keeper of the Grave. Plain Clothes Constable Kent Ellis is the current appointee. Kent delivered the Police Ode at the ceremony.

As the sun surely sets dawn will see it arise,
For service above self demands its own prize.
They have fought the good fight, life’s race has been run,
and peace their reward, for eternity begun,
and we that are left, shall never forget.
Rest in peace, friend and colleague, for the sun has now set.
We will remember

The Thomas Slattery grave is located at: Portion 7, Section 9 (Grave 4) of the Toowong Cemetery. 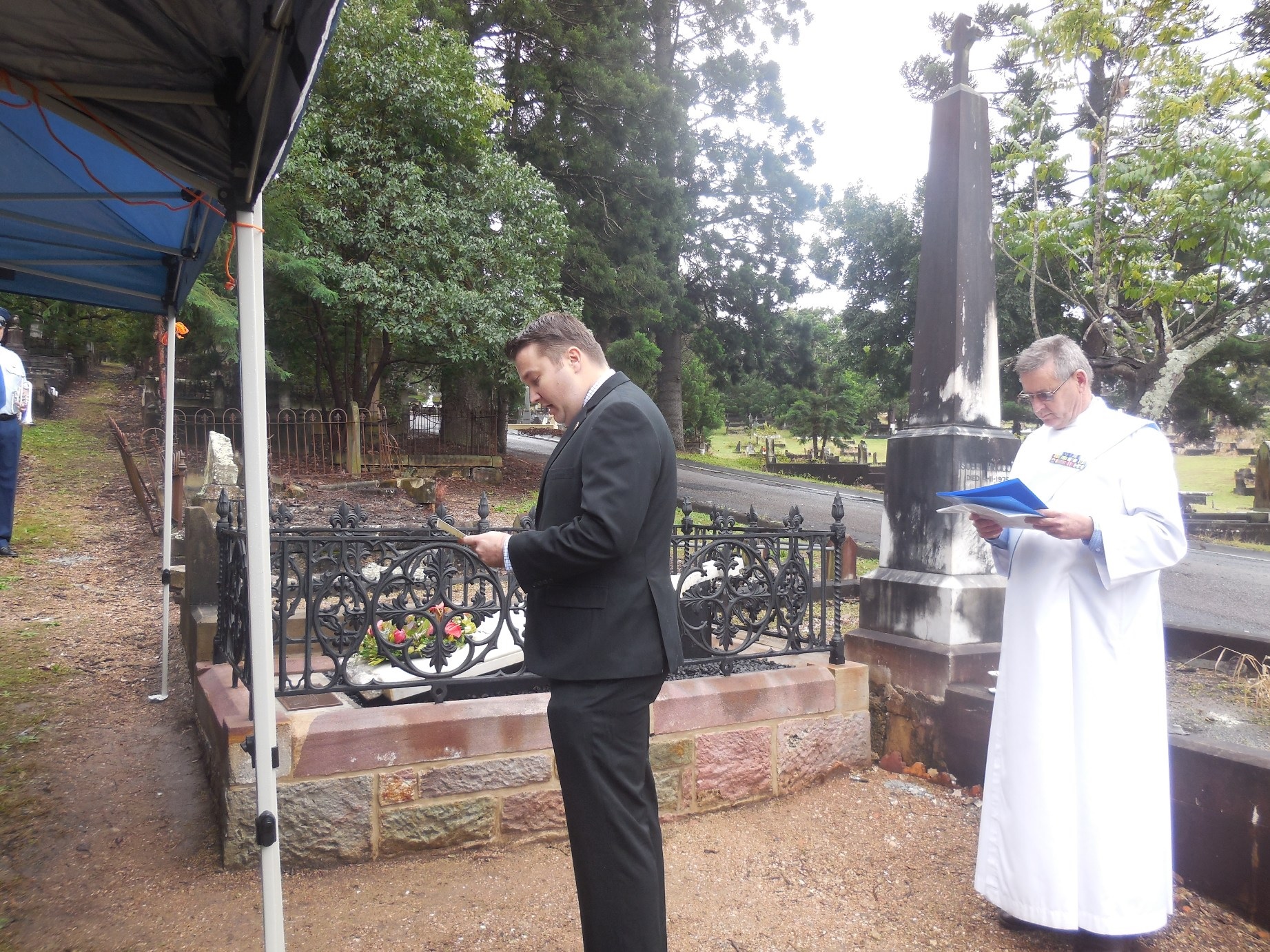